Song for the Sleeping 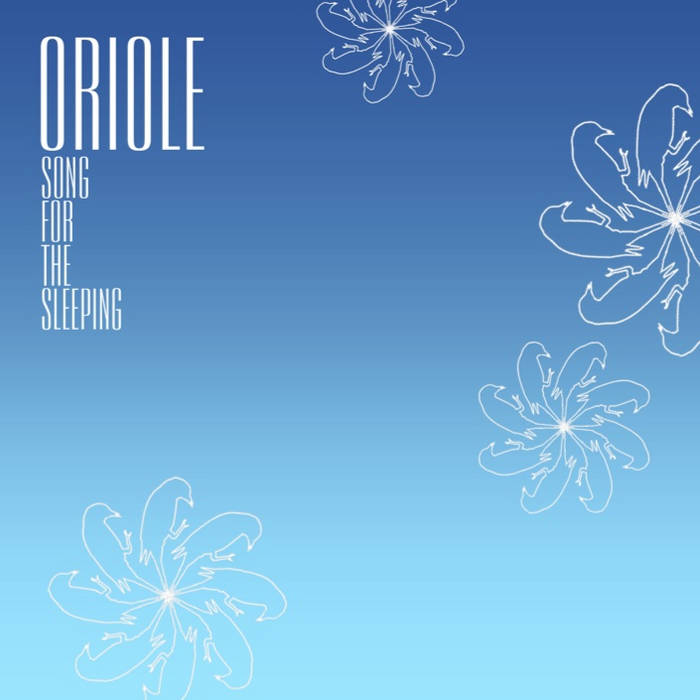 “The soundtrack for a film waiting to be made”

F-IRE Recordings proudly launches the debut album of a huge talent with a bright future.

‘Song for the Sleeping’, Oriole’s debut album, is a stunning collection of original compositions that explores lines of connection established by the slave trade. The music draws on diverse influences from Europe, Africa and the Americas and unexpectedly forges a sound that defies the darkness of its themes with warm, extended melodies and songs imbued with imagery and emotion.

Accordingly, the music is a blend of styles from the three continents. Discernible influences include Jazz, Tango, Bolero, Waltz, Brazilian Choro, Vaughan Williams.

05/08/2005 John Fordham - The Guardian
xxxx
F-ire Collective musicians have started turning up all over the mainstream polls (notably the BBC Jazz Awards in 2004 and 2005) and the input of the gifted drummer/composer and F-ire stalwart Seb Rochford has been at the heart of recent UK jazz success stories like Acoustic Ladyland, Polar Bear - and this unique creation from guitarist Jonny Phillips. Like many F-ire artists, Phillips favours Latin rhythms, the close integration of music and dance, and the evolution of new sounds through a world-music view sharpened by jazz spontaneity.

Song for the Sleeping features few jazz solos in the usual sense, and is like a soundtrack for an imaginary movie. Guitarist Phillips hardly ever steps out of an ensemble role (though there are telling contributions from that fine improvising cellist Ben Davis, tenor saxist Rob Leak and keyboardist Nick Ramm among others) and the material draws on South American, African, romantic-classical and post-Coltrane jazz music, with a little Eric Satie on the side. The opening Lament is a gentle splicing of Venezuelan rhythms and haunting Vaughan Williams harmonies, with Rob Leak's tenor sax weaving through them, Meme is a soft tango subtly coloured by a bass clarinet, and Larks has a Celtic folk feel that's progressively invaded by Seb Rochford's implacable hip-hop groove.

Singer Julia Biel's wordless vocals and Nick Ramm's sparing keyboard figures shape the Brazilian-driven Remedius, Biel resembles a female Robert Wyatt on her own lyrics (coupled with cellist Davis's inventiveness) on Deep Snow, and West African music, tango and a lullaby complete the set. A typically open and collective-minded F-ire enterprise, but Jonny Phillips is a big new composing presence if this calmly eloquent music is anything to go by.


21/05/2005 Rob Adams - The Glasgow Herald
The F-IRE collective represents some of the London jazz scene's most energetic and imaginative young musicians, and it's the imaginative aspect that features strongly on its latest release. Led by guitarist and composer Jonny Phillips, Oriole is a nonet, including cello, tenor saxophone, bass clarinet and keyboards, with influences straddling tango, choro, Erik Satie, African rhythms and the melodic end of art rock. Indeed, the gorgeous Remedius could have been written for Robert Wyatt. Julia Biel, however, handles its aching, wordless contours beautifully and her contrite ecology song, Deep Snow, is beguiling. Elsewhere, the instrumentalists, underpinned by Aberdonian Seb Rochford's superbly fluent drumming, combine to make creative, compact and affectingly understated music.
Copyright 2005 Newsquest Media Group
All rights reserved

Oriole "song for the sleeping" (f-ire, via proper music) led by Jonny Phillips, Oriole are a group that are part of the f-ire collective, a group of musicians that focus on improvisation evocing Phillips' travels in such areas as Eygpt, Brazil and Spain, the album blends various middle eastern sounds with those of classical music. - Some impressive musicianship from phillips and his players as well as some eerie singing from Julia Biel.

05/03/2005 Tom Barlow - Jazzwise
More downtown New York than south east London , Oriole proves how open minded young British based improvisers are these days. As you'd expect from members of the fire collective, guitarist Jonny Phillips outfit includes artistry and adventurism in there vision of jazz, yet Oriole ultimately displays more lyrical and worldly traits than its contemporaries.
Indeed, Song for the Sleeping feels more rooted in folk than jazz. It explores the musical connections established by the slave triad, veering from the mellow Lament, a meeting between Venezuelan rhythms and English impressionism, to the West African soaked Eyes of a Blue Dog and other melodic dedications to tango, bolero, and Gabriel Garcia Marques. Rather than blazing guitar solos, Phillips prefers to contribute down-tempo almost filmic compositions marked by strong soloing from saxophonist Rob Leak and guest such as keyboard player Nick Ramm and Idris Rahman on clarinet. Songs count more than solos, yet the musical contributions of Seb Rochford and cellist Ben Davis are hard to ignore. Likewise the plaintive singing of Julia Biel which fits perfectly into Phillips' beguiling world.

02/01/2005 Max Cole - Straight No Chaser
This album is the latest broadside from the F-ire collective, and Oriole are one of those groups that avoid the obvious choices of instrumentation, coming instead with the colours of the bass clarinet and cello in the mix- reminiscent of a modern day Chico Hamilton. The combination of Seb Rochford's grasp of African rhythms and Jonny Phillips' songwriting brings exotic vibes on the tracks of Meme and Themes Des Tangos Celabres, while the title track, featuring the sultry tones of singer Julia Biel, is an off kilt lullaby from the stars, refracted through 'Somewhere over the rainbow' and 'Come Sunday'. Keeping the f-ire reputation for innovation and creativity on track.

Oriole undertakes a musical journey through parched landscapes influenced by the Iberian peninsular where their composer spent the last few years performing with Spanish, Portuguese and Cuban musicians. This music is warm, not only in its Latin rhythms and alto tonalities but also in the musical interplay of these long-time musical friends.

Bandcamp Daily  your guide to the world of Bandcamp